Dr. Brown was born and raised locally in Los Angeles. She obtained a Bachelor of Science in Sports Medicine at Pepperdine University. She then went on to conduct research at Temple University Department of Pulmonology on the subject of premature neonatal respiratory distress. She completed her medical school training at Temple University School of Medicine as a member of the Gold Humanism Society.
Dr. Brown completed her residency in Emergency Medicine at Los Angeles County USC Medical Center and was given the honor of “Resident of the Year.” Her Residency education included a focus on pediatrics. She has given lecture topics on Pediatric orthopedics, pediatric ultrasonography, and has recently published an article on pediatric foreign body removal.
Dr. Brown joined the medical staff at Providence Little Company of Mary Torrance upon completion of her residency. She is a diplomate of the American Board of Emergency Medicine as of December 2018.
Dr. Brown has professional interests in community outreach, mentorship and works closely with undergraduate students who wish to pursue a career in medicine.

Dr. Enos joined the medical staff at Providence Little Company of Mary Medical Center Torrance in 2015. He grew up in Cape Cod, Massachusetts, went on to attend Boston College for his undergraduate degree, and then pursued a Masters in Physiology at Georgetown University. His medical degree was completed at the University of New England, College of Osteopathic Medicine in 2011. Dr. Enos went on to residency in Emergency Medicine at the University of Connecticut, and after pursued a fellowship in Emergency Ultrasound. After his training he moved to California, and joined the medical staff at PLCMMCT. He is currently board certified in Emergency Medicine and interests include incorporating ultrasound into the practice of emergency medicine, as well as teaching. Outside of medicine, Dr. Enos enjoys running, biking, and traveling.

Dr. Hankerson joined the medical staff at Providence Little Company of Mary Medical Center Torrance in 2016. He is a Southern California native. He earned his undergraduate degree from San Diego State University in 2012. He obtained his medical degree from UC Davis School of Medicine in 2012. Dr. Hankerson completed his Emergency Medicine residency training in 2016 from the LAC+USC Medical Center, where he received the Senior Resident of the Year Award. He has multiple publications in the field of Emergency Medicine. His medical interests include Community Emergency Medicine. 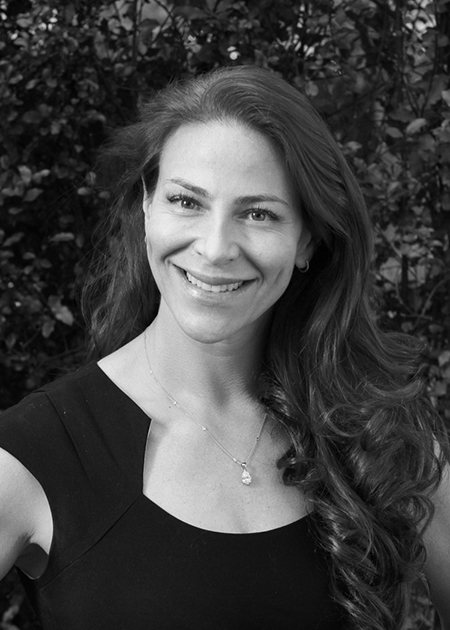 Dr. Jamie Kahn joined Little Company of Mary’s Emergency Department in 2013 after earning a joint MD/MBA from the University of California, Irvine and completing her training at Thomas Jefferson University Hospitals in Philadelphia. Utilizing skills learned in her MBA, she was deeply involved in Jefferson’s Operations Committee, focused on a complete redesign of the front-end triage and admitting processes. She has multiple publications centering on the positive impact of these changes, including improved flow and increased patient satisfaction. Furthermore, this work was accepted and presented at CORD, SAEM, ACHE and UHC.

While at LCM, Dr. Kahn has utilized this background and interest in hospital operations by joining the Core Leadership team with the aim to implement strategic improvements focused around the hospital’s mission. She has been involved in the department’s front end triage redesign and remains dedicated to projects that improve safety, satisfaction and overall patient care. Dr. Kahn presently serves as LCM’s Emergency Medical Services Base Director where she works with the Prehospital Care Coordinator to provide medical direction, education and quality improvement. She is also active on the hospital’s Advocates Steering Committee. Dr. Kahn is originally from the South Bay and remains active in the community through her volunteer work with Sandpipers. She enjoys volleyball, snowboarding, scuba diving and spending time with her family and friends.

Dr. Evelyn Lee came to PLCMMCT in 2016 after completing her residency in Emergency Medicine at LA+USC. Prior to this she obtained her medical degree from Drexel University College of Medicine. 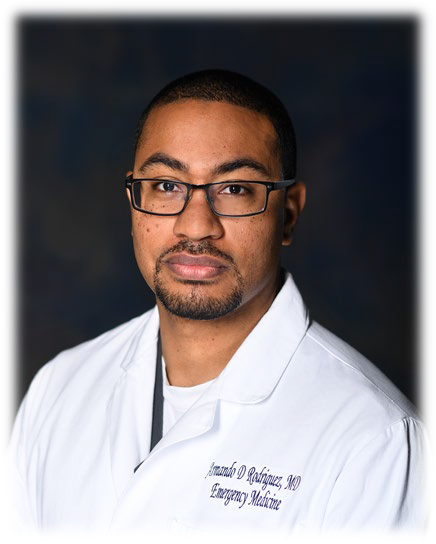 Dr. Rodriguez has been a member of the medical staff at Providence Little Company of Mary, Torrance since 2016. Prior to coming to our facility he received his medical training at Creighton and his Emergency Medicine training at UCLA/Olive View. He served as the Chief Resident at his residency program. His Clinical interests include ED efficiency and skin and soft tissue infections. 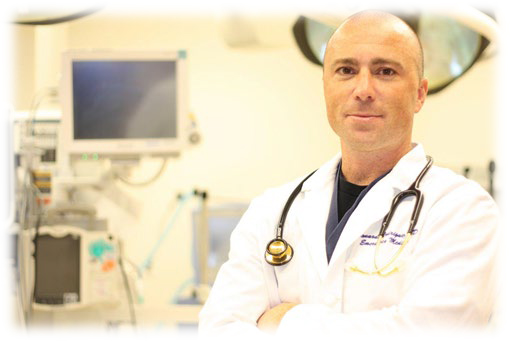 Dr. Leonardo Rodriguez completed his Bachelor of Science degree in Nursing from the University of Southern California (USC) while working as an EMT at Little Company of Mary in Torrance after having served 5 years in the US Navy as a Hospital Corpsman. He continued at USC in medical school where he received his medical degree. After a year of Internal Medicine training at the White Memorial Medical Center in Los Angeles, Dr. Rodriguez went on to complete his residency in Emergency Medicine from Los Angeles County + University of Southern California Medical Center (LAC+USC). Upon completion of his training he resumed active duty in the US Navy as an integral member of the Navy Trauma Training Center as an Assistant Professor of Emergency Medicine at LAC+USC. Over the subsequent 8 years he completed multiple combat deployments including as the Emergency Department Head in Kandahar, Afghanistan for the majority of 2012.

Dr. Rodriguez joined the Medical Staff of PLCMMCT in 2015 as a part time Emergency Physician. In September 2017, after 25 years of active and reserve military service, he became a full-time member of the Medical Staff. 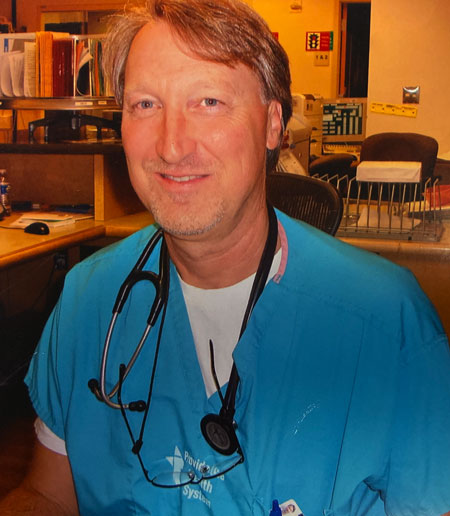 Dr. Scherer came to PLCMMMT in 2000 and has served as an attending physician in the Emergency Department for 16 years. He graduated from USC School of Medicine in 1991 as a Dean’s Scholar with Award for Excellence in Academic Emergency Medicine, sponsored by Edward Newton for USC medical students. He completed his internship LAC+USC Medical Center Department of Emergency Medicine in 1992 and his residency from LAC+USC in 1995. Following completion of his training Dr. Scherer stayed on as clinical Faculty at LAC+USC until 1997. Dr. Scherer’s primary clinical interest is in community emergency medicine. 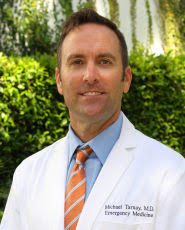 Dr. Tarnay is an experienced emergency medicine physician with over 17 years of service in the South Bay area. He currently serves as Chief Medical Officer for a retail medicine clinic in Orange County and served as the medical director of a busy South Bay urgent care for many years. He has also trained fellow physicians as an attending at UCLA-Olive View Medical Center, and helped to develop an emergency medicine program at Nairobi Hospital in Kenya. Dr. Tarnay trained in emergency medicine at UCLA Medical Center and attended Georgetown University Medical School. Dr. Tarnay’s medical practice includes interests in disaster and tactical medicine with local law enforcement.