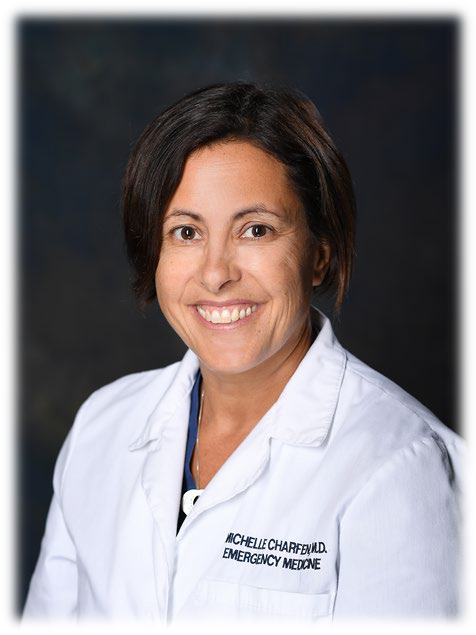 Dr. Michelle Charfen joined the medical staff at Providence Little Company of Mary Hospital, Torrance in 2008. She attended Stanford University as an undergraduate where she obtained a BA in Human Biology. She received her MD from Harvard Medical School and a Masters of Science in Epidemiology from the School of Public Health at UCLA. She completed an Emergency Medicine Residency and Research Fellowship at Harbor-UCLA Medical Center. She then joined the Emergency Medicine faculty at Harbor-UCLA Medical Center. She received a research grant from the Society for Academic Emergency from 2005-2007 and published her research in Academic Emergency Medicine in 2009 in an article titled, Detection of undiagnosed diabetes and pre-diabetic states in high-risk emergency department patients.

In 2008 Michelle stepped down from her position as an Assistant Professor of Medicine at UCLA and Faculty Member at Harbor-UCLA Medical Center to devote more time to her growing family. Since that time she has practiced part-time as a Board Certified Emergency Physician at Providence Little Company of Mary, Torrance.

Dr. Charfen lives with her husband Christian Horvath, a current Redondo Beach City Council Member, and their three children, whom they enjoy homeschooling. Michelle’s personal journey, struggles, and successes as a parent organically led to an interest in supporting other families. She is a Certified Echo Parent Educator through Echo Parenting and Education, and combines this training with her previous experience and knowledge to help others learn effective tools for compassionate communication. She founded Centered Parenting and offers workshops and seminars in the South Bay. 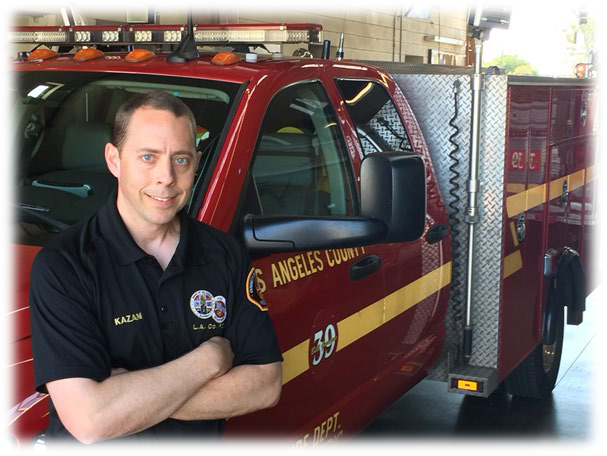 Dr. Kazan grew up in the South Bay and graduated from Peninsula High School. From there, he did his undergraduate training at UCLA and medical school training at the Chicago Medical School. While in training, Dr. Kazan worked in EMS as an EMT, volunteer firefighter, dispatcher, and educator. He then thawed out while he did a transitional internship at the University of Hawaii before returning to UCLA and Olive View-UCLA for his Emergency Medicine Residency. After completing his training, he worked at St.
Francis Medical Center in Lynwood, he was on the clinical faculty in Emergency Medicine at Harbor-UCLA, and he was a Medical Director for two paramedic programs. In 2010, he became the ED Chairman and Assistant Medical Director at St. Francis, and, over the next 5 years, he chaired or was a member of virtually every hospital committee. During that time span, St. Francis opened its STEMI Center, initiated Targeted Temperature Management in the ED, and opened its Primary Stroke Center. In 2015, Dr. Kazan left his full time ED work to become the Medical Director of the Los Angeles County Fire Department, which covers 4.1 million residents, 59 cities, and more than 900 patients daily. He continued working part time in the ED at St. Francis until February 2018, when he moved his ED practice to PLCMMCT. Dr. Kazan’s wife, Maria, has been